Kanaka Durga Temple is a famous hindu Temple of Goddess Durga located in Vijayawada, Andhra Pradesh. The temple is located on the Indrakeeladri hill, on the banks of Krishna River. Kaalika puraana, Durgaa sapthashati and other vedic literature have mentioned about Goddess Kanaka Durga on the Indrakeelaadri and have described the deity as Swayambhu, (self-manifested) in Triteeya kalpa

Some of the temples where the float festival is celebrated are :

WHO IS GODDESS DURGA ?

DESCRIBE THE SYMBOLISM OF GODDESS DURGA ?

DESCRIBE THE INFLUENCE OF GODDESS DURGA

GODDESS DURGA IS THE INSPIRATION BEHIND

BHARAT MATA – THE  NATIONAL PERSONIFICATION OF INDIA AS A MOTHER GODDESS

THE NATIONAL SONG OF INDIA

THE  NATIONAL PERSONIFICATION OF INDIA AS A MOTHER GODDESS

GODDESS DURGA – INFLUENCE IN OTHER CULTURES 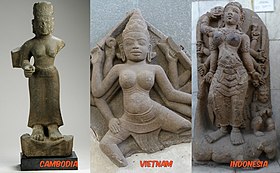 LEGEND OF THE GODDESS

Kanaka Durga Temple is synonymous with Vijayawada. It is mentioned in the sacred texts 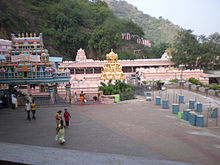