Mount Everest Nepali: Sagarmatha सगरमाथा; Tibetan: Chomolungma ཇོ་མོ་གླང་མ; Chinese: Zhumulangma 珠穆朗玛 is Earth’s highest mountain above sea level, located in the Mahalangur Himal sub-range of the Himalayas. The international border between Nepal (Province No. 1) and China (Tibet Autonomous Region) runs across its summit point. The current official elevation of 8848 m (29029 ft) recognised by China and Nepal, was established by a 1955 Indian survey and subsequently confirmed by a Chinese survey in 1975

What is the height of Mount Everest ? How is it confirmed ?

The current official elevation of 8848 m (29029 ft) recognised by China and Nepal, was established by a 1955 Indian survey and subsequently confirmed by a Chinese survey in 1975

How is the comparision of the height of Mount Everest ?

How was the name Mount Everest came about/given ? Delve into history in detail ?

How were surveys done to determine the height of Mount Everest ? Delve into history

What / How are the flora & fauna at Mount Everest ? 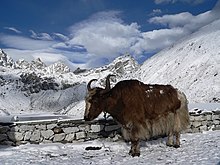 How is the Metereology near / atop Everest ?

Describe the expeditions to Mount Everest

Describe the expeditions to Mount Everest

Looking up along the southern ridgeline, the face of the Hillary Step is visible

The top of the South-West face is on the left in shadow, and in the light to the right is the top of the East/Kangshung face

Some notable “firsts” by climbers include 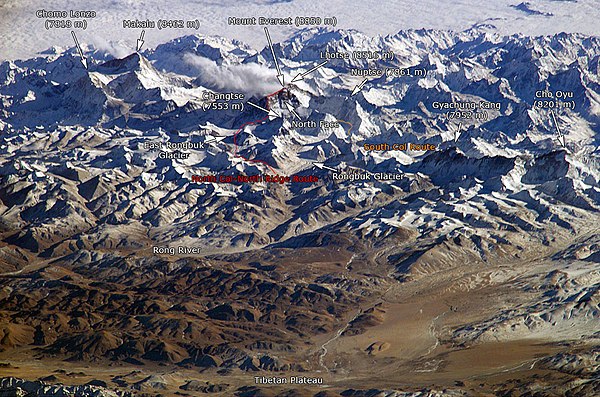 Ascent statistics up to 2010 season 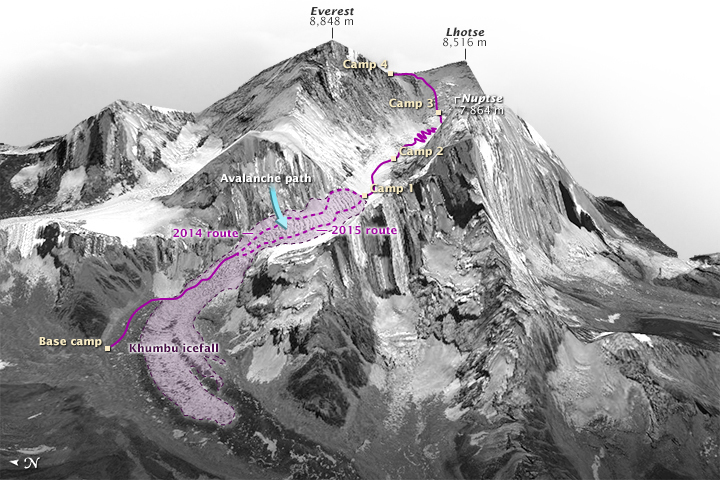 Sun Sep 29 , 2019
There are spectacular views of Mount Everest from the Winding Zig Zag roads of the Gawu La pass betweeen Tingri & The Everest Base Camp – Especially the Sunrise over Mount Everest at GA WU La pass is a Wonder in itself !