A tea ceremony is a ritualized form of making tea practiced in Asian culture by the Chinese, Koreans, Japanese,Indians, Vietnamese and Taiwanese. The tea ceremony, literally translated as “way of tea” in Japanese “etiquette for tea” or “tea rite” in Korean and “art of tea” in Chinese is a cultural activity involving the ceremonial preparation and presentation of tea

The Japanese tea ceremony is better known, and was influenced by the Chinese tea culture during ancient and medieval times, starting in the 9th century when tea was first introduced to Japan from China

The Vietnamese tea ceremony, also influenced by its Chinese counterpart, is only performed during weddings and other religious rituals

One can also refer to the whole set of rituals, tools, gestures, etc. used in such ceremonies as tea culture

All of these tea ceremonies and rituals contain “an adoration of the beautiful among the sordid facts of everyday life”, as well as refinement, an inner spiritual content, humility, restraint and simplicity “as all arts that partake the extraordinary, an artistic artificiality, abstractness, symbolism and formalism” to one degree or another

At a very basic level, tea ceremonies are a formalized way of making tea, in a process which has been refined to yield the best taste 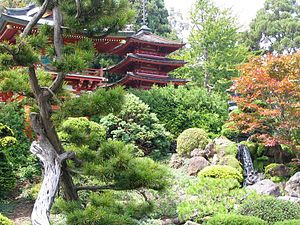 Tea house at Adachi Museum of Art in Yasugi, Japan